skip to main | skip to sidebar

Many thanks to AUTOCORRECT (transmission relayed, decoded & translated by producer/rapper/sound designer: Cecil Decker) for the radioactive optimism via this blissful read of an interview.

Please, check out – AUTOCORRECT: as it is.

1. How has the world received the new album?
[begin transmission] probably like the equivalent of eating a lot of cotton candy. you're really exciting and you tear into it and then later it eats you up inside. in a good way? [insert shruggie] like if your whole body was filling to the brim with [transmission interrupted] you know what I mean? just here for a good time.

2. Who is the character on the cover of the latest release’s album art?
[loading stock reply] it's you. or me? or. maybe it's [loading random name]. yeah! that damn [loading random name]. or probably it's anyone who anxiously looks over their shoulder at the shadow of a terrifying cat god waiting to know their fate. [insert emoji]

3. If you were on staff at NASA which office party would Autocorrect play?
we would probably play the gig where like, they are letting diane go but didn't tell her that until she showed up to the party. so everyone is dancing except diane who is just in the middle of the room glowering. that's our kind of party.

4. When is the best time to write rhymes?
rhyme time is like, the best time is right when you aren't gonna try at all. when you're at the edge of giving up forever and becoming full trash ~*a e s t h e t i c*~ but then ye olde brain box decided ok it's tricky to rock a rhyme that's right on time so just do it. what? [insert gif here]

5. If Charlie Rose were your tour manager, how _________ would he get on the road?
what is a charlie rose? is that like, a gender swap of charlie brown? [loading laugh track] charlie sounds cool. needs a constant supply of nickels though. [loading groan track] we have literally no idea what is going on right now and our pizza is finally here. [end transmission] 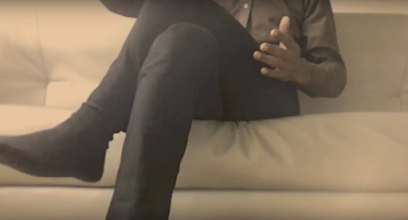